The Kuznetsk Basin often abbreviated as Kuzbass) is one of the largest coal mining areas in the whole world. It is located in Southwestern Siberia, geographically in the Kemerovo Region.

Kuzbass is economically crucial among Russian regions. Coal and iron ore mining and processing, reprocessing of diverse nonmetallic feed used in metallurgy and building industry play the most important role. 58 mines and 36 open-pit mines are operated in the Basin.

Over a half of coal produced in Russia 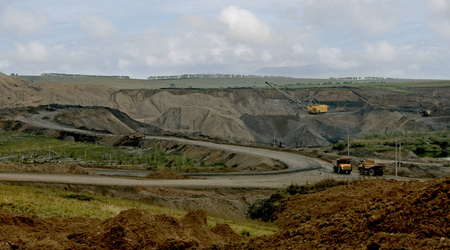 Kuzbass is one of the most investment-attractive regions of Russia

It accounts for more than a half of coal produced in Russia, including over 56% of bituminous coal and 80% of coking coal, used in metallurgy. The Kemerovo region is a rapidly developing province. New technologies are being implemented in industrial production, social facilities are being constructed and the cultural level of people is improving. Kuzbass is becoming a heavily populated area of Western Siberia.