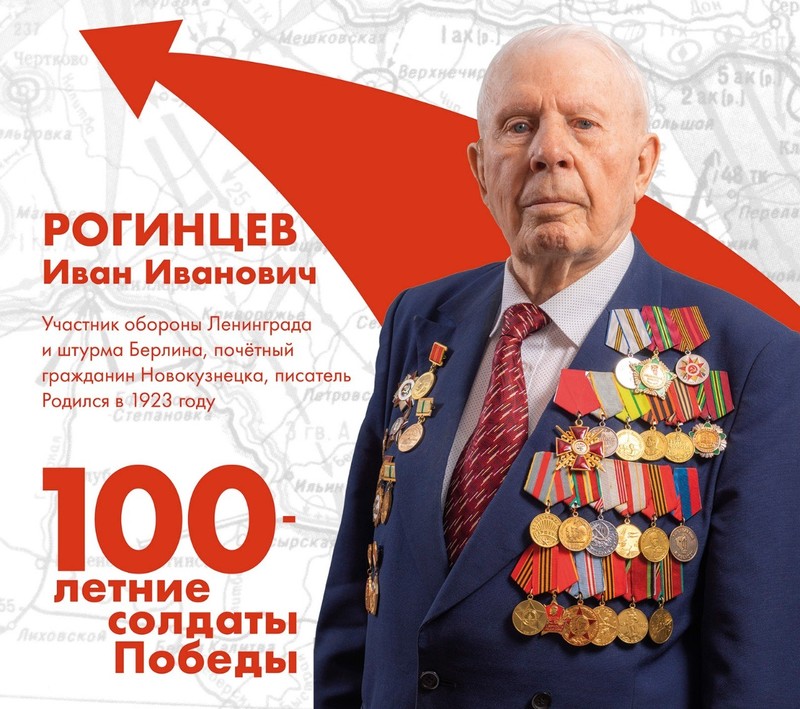 On the eve of Victory Day, with the support of PJSC Kuzbass Fuel Company, the Kemerovo regional branch of the Russian joint venture, and the regional military commissariat in Kuzbass, the Kuzbass Military Gallery project was launched. The idea of ​​the project is that photos of the oldest participants in the war are placed in popular places in the cities of Kuzbass. The purpose of the events is to capture and leave these heroes in the memory of the inhabitants of the region.

The gallery began with portraits of the oldest veterans, participants in the Second World War. Today they are all over 94 years old. The oldest of war generations are veterans born in 1920. Today, there are 14 people left in all of Kuzbass, including 9 men. Unfortunately, every year there are less and less of them, time is inexorable and we must manage to capture these few heroes, which is still with us and preserve the memory of those who have already left.

There are still, there are still priceless witnesses of the great Victory, those who have gone through all the years of the Great Patriotic War from 1941 to May 1945. Today, Ivan Ivanovich Rogintsev meets us with Victory Day, born in 1923, deputy commander of the Katyusha guards mortar division. His entire military career passed with this formidable weapon of victory. He defended Leningrad, broke through its blockade, liberated Poland and stormed Berlin. On Victory Day, signed on the walls of the Reichstag. Then he served in Germany for another two years. The road home dragged on for 7 years. In peace days, he worked in metallurgy, mounted rolling mills at KMK and ZapSib, worked in Algeria and India. He wrote books about the war and post-war life in Novokuznetsk.

The first portraits have already been placed in Kemerovo, and after the self-isolation regime, the Military Gallery will display works in the cities of Novokuznetsk, Prokopyevsk, Belovo, Osinniki and Guryevsk. By the end of the year, exhibitions will be held in other territories of Kuzbass.

The project is only at the beginning of a lot of work, the memory and attention to our 100-year-old soldiers will grow every year, only them, unfortunately, every year there will be less among us. It is our duty to manage to capture them, to pay tribute to them and to preserve the memory of their feat for future generations.

Work on the implementation of this plan began long before the Victory Anniversary and will continue throughout the year. We hope that this will become a good tradition born in the Kuzbass, and perhaps other regions of Russia will pick up this initiative.