It's time to name the best

As part of the upcoming celebration of the Miner's Day, a traditional competition of professional skills was held at the Vinogradovsky section of the Kuzbass Fuel Company.
Drivers and drivers of mining vehicles competed. The usual actions: to hammer a nail, carry a bucket full of water around the circle or close a box of matches begin to play with completely different colors when you see that instead of hands it is done with a bucket of an excavator or loader. But it is definitely clear - both accuracy and skill are important here.

All participants had to go through two stages - to show their knowledge in theory according to the rules of industrial safety and to demonstrate real professionalism in the management of equipment in practice. For each stage, you could get fifty points.
We should immediately note that the contestants have learned the rules of TB well. Which is not surprising, since many have mining experience in their specialty for at least eight to ten years.
Excavator Show
Competitions of professional skills at the Vinogradovsky section of the Kuzbass Fuel Company have been held for several years. But some traditional tasks, as they say, have become boring for both the organizers and the participants. For example, the standard loading of the dump truck body with coal was considered boring. And we decided to make the contests creative. Now the tasks do not just repeat what the machinists do every shift - to complete them, the participants need to show the maximum of their abilities. 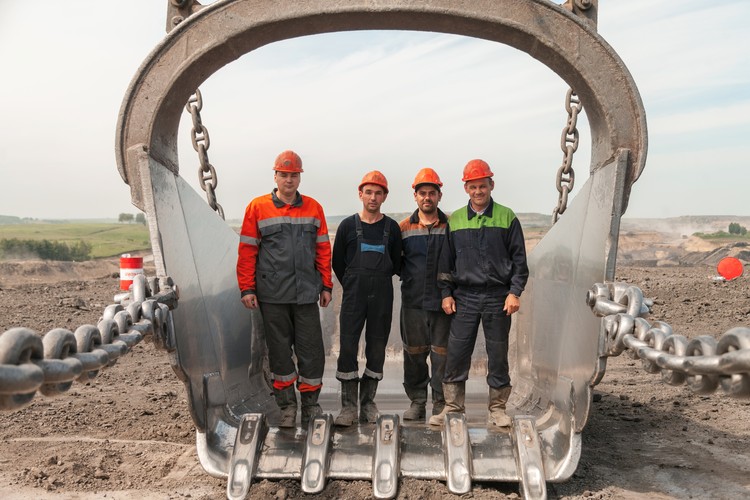 A walking excavator the size of a multi-storey building, with an arrow length of fifty meters and a huge bucket, where four miners could easily fit for a photo shoot at once, could not fail to impress.

It was on such a multi-ton machine that the machinists literally, had to do jewelry work – knock out empty bottles placed on fuel barrels with one of the teeth of the bucket, without knocking down the barrels themselves. 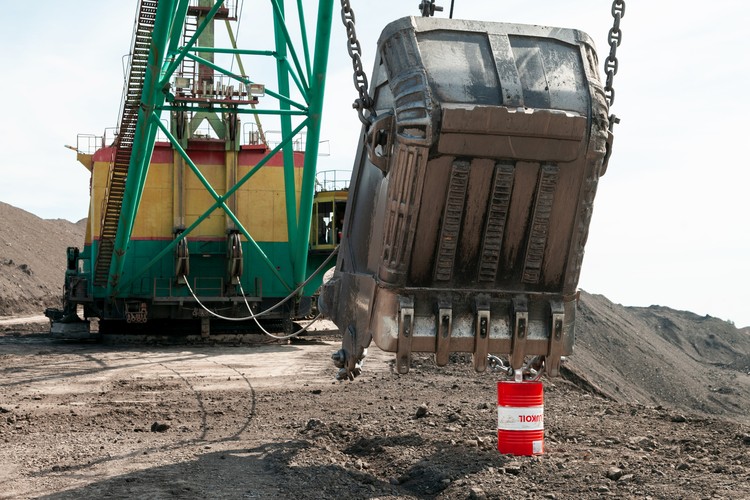 At the same time, the bottles threatened to fall all the time, starting to sway from the slightest breeze. Barrels were also turned over under the pressure of the bucket.
Not everyone managed to complete this task perfectly. Why - Alexander Frolov answered for his colleagues:
- Walking excavators are considered the most difficult to operate. The training takes more than one month. They won't put you in jail right away as a machinist - an assistant to find out the match not in theory, but directly by feeling it with your hands. At the same time, each crew adjusts the car for themselves. For example, we have re-equipped our ESH 10/70 so that it can be controlled with the help of joysticks. And the model proposed for the competition does not have them, so you have to include both arms, legs, and head, and in a matter of seconds. Therefore, not everyone was lucky. 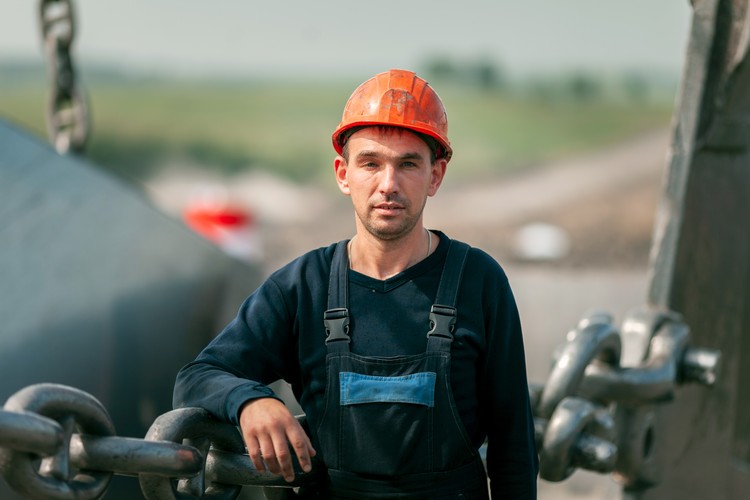 This is not the first time Alexander has competed in such contests. He won among the assistants, was the second among the excavator drivers. This year I hoped to compete for the first place and not, as he said, lose face in front of his team. 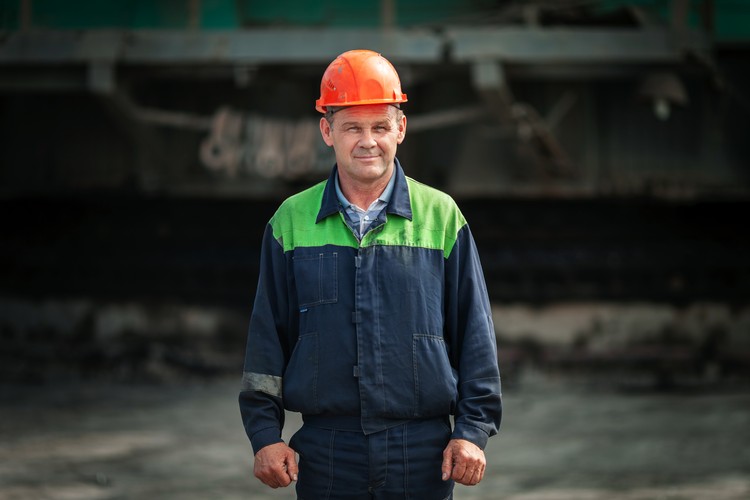 Eduard Muravlev demonstrated good technique management skills. He, as his colleagues presented to us, is a real ace professional. Of course - thirty-six years of work experience! Only in the professional skills competition among excavator drivers I won at least six times. It has several students on the cut. It seems like, work quietly for yourself now – so no, he joined the fight with rivals who are old enough to be his sons. And Eduard, according to him, wanted to test himself, to show that he had not lost his form.
By the way, in the context of the participation of experienced miners in competitions, they are supported - after all, young people are drawn to them, and they help by personal example to instill respect for the profession.
A very delicate job was also offered to the excavator drivers who performed on the Komatsu PC 400 model: hammer a nail with a bucket and perform a pirouette - lift a twenty-liter bucket of water and, having completed a full rotation of the machine around its axis, put the bucket in exactly the same place, while not spilling water. 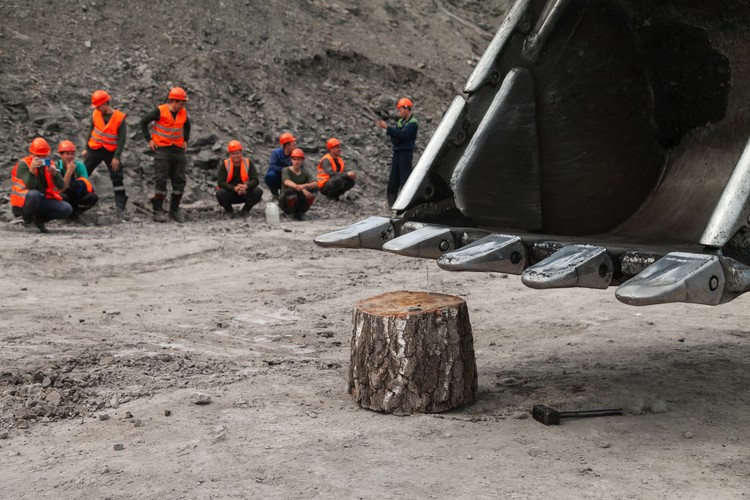 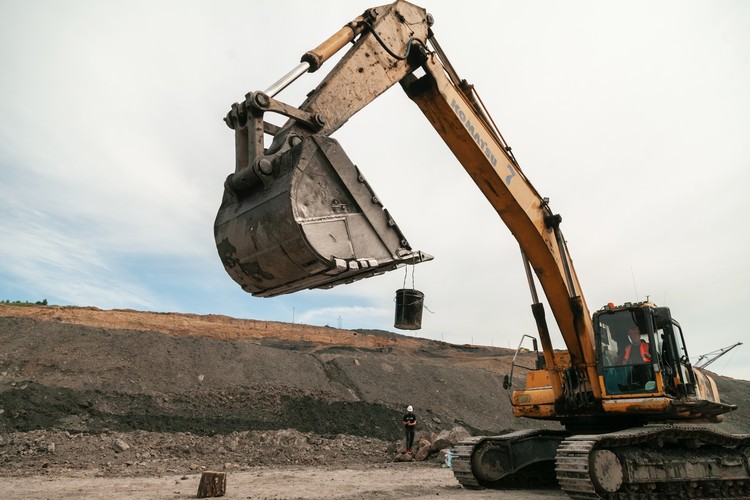 Comic, at first glance, tasks required maximum concentration from the contestants. Each exercise had its own difficulties. For example, the nail stubbornly bent and did not want to enter the stump. And yet, when the competition was already coming to the finish line, there was a good one. 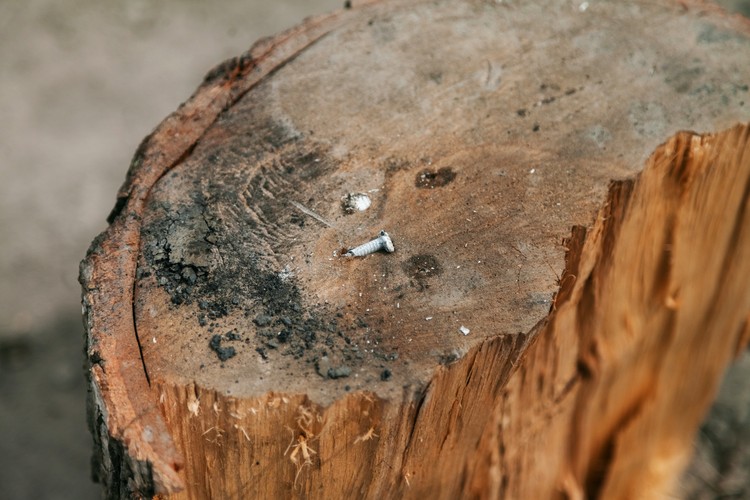 Unlike colleagues who tried to carefully and slowly push the nail into the tree, Vasily Krekov did not waste time, but with a sharp movement of the bucket he hammered a stubborn stone. 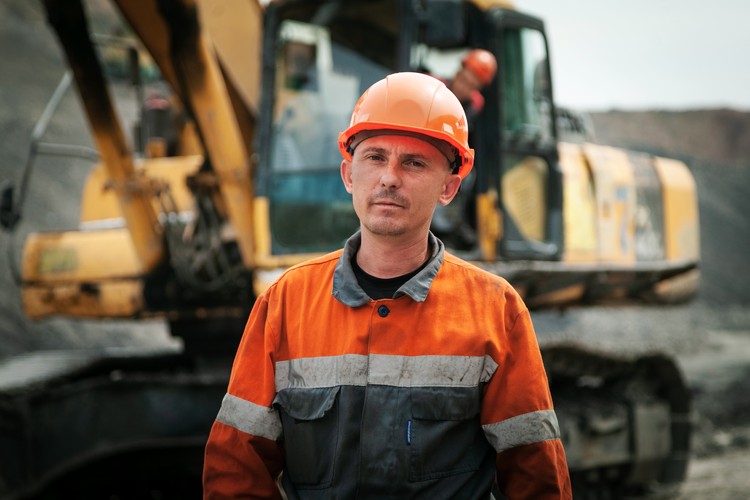 - I have been working as an excavator driver for eight years, but this is the first time I participate in the professional skills competition. Therefore, all the exercises were new for me– - Vasily shares his impressions. - I participated in the competition because I wanted to show what I can do. Why couldn't they have hammered a nail before me - it's so hard to see it from the cabin, so you need to have time to work both with an arrow and a bucket quickly. 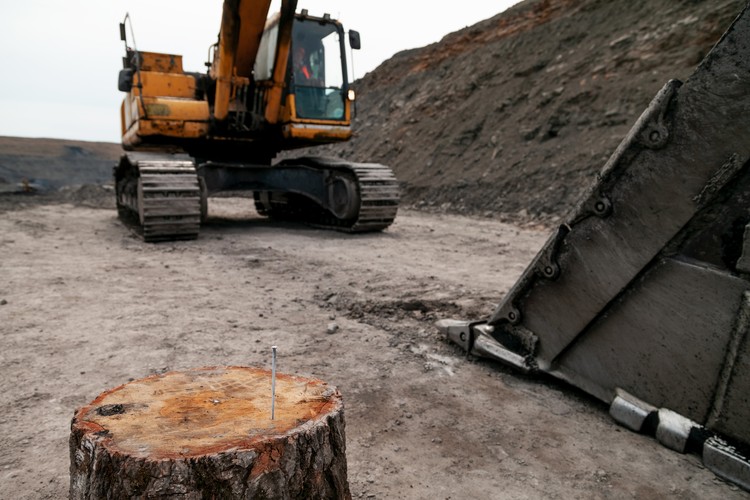 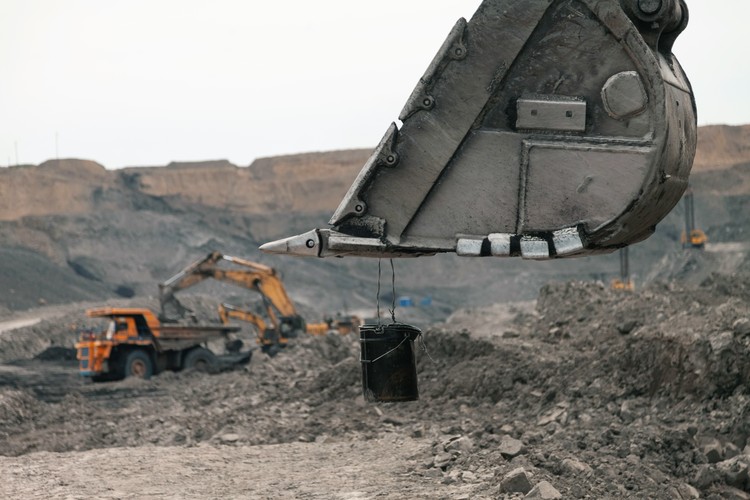 - It was easier with a bucket, - agrees Vitaly Tarasenko, an excavator driver with ten years of experience. – It is larger, and this exercise is also suitable for our daily work in the quarry, because we have to move the stones. 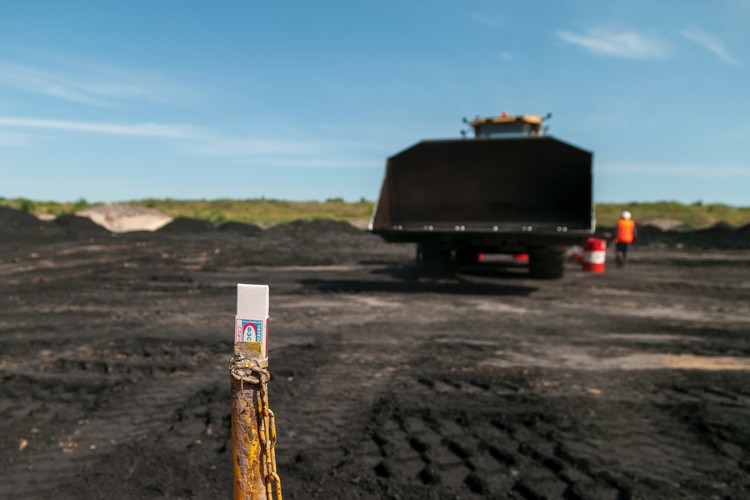 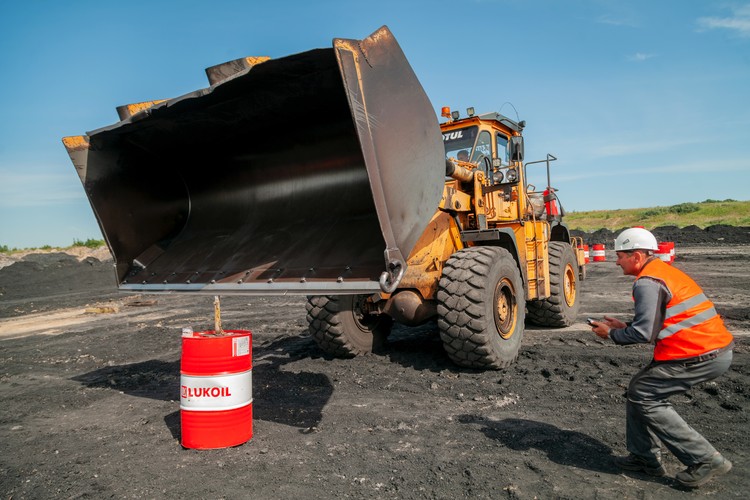 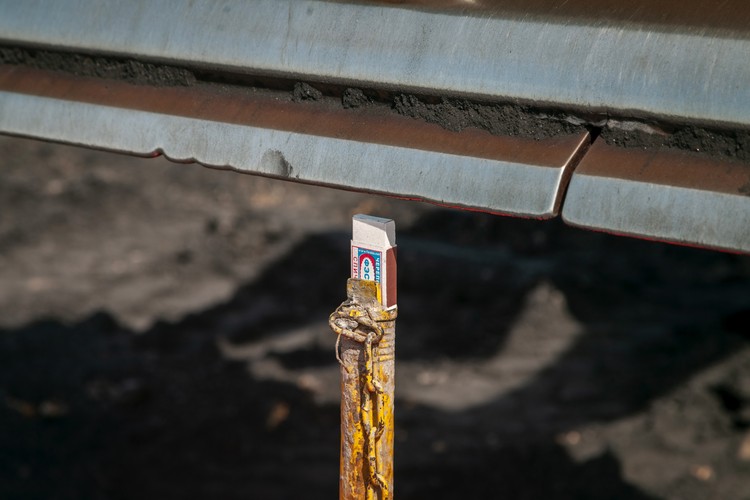 Drivers of Komatsu WA600 wheel loaders and Dressta 534 competed on another site. Their tasks were also not easy – to pass the relay, including performing a "snake" in front and reverse between barrels, and also using a bucket to close a matchbox standing vertically on a special stand. Most of the participants coped with the tasks.
The winners and prize-winners of the contests will receive well-deserved awards at the festive events dedicated to the Miner's Day.